Leigh Page looks at whether broad-based organized medicine can ever regain the power that, especially, the American Medical Association used to have.  Of course, the specialty groups still have a lot of clout.

Many people in the healthcare sector warn that President Trump’s executive order on immigration could do major damage to  the American healthcare system, especially regarding foreign-born doctors, other healthcare workers and foreign patients who seek care in the U.S.

One big  fear is  about how the order could hurt healthcare providers from other countries who are working or studying in the U.S. The American healthcare system relies heavily on foreign-born workers, many of them from the Middle East.  As many as 25 percent of physicians practicing in the U.S. were born in another country. Further,  rural clinics and public safety-net hospitals tend to  rely particularly heavily on foreign medical-school graduates.

There are also  many  foreign-born occupational and physical therapists, dentists, pharmacists and other health clinicians.

“Guidance is urgently needed from the administration to clarify that this order will not impact patient care or prevent travelers’ access to timely medical treatment,” Andrew Gurman, president of the American Medical Association, told Morning Consult.

There are also fears that the travel ban could disrupt training programs at hospitals and medical schools.

Healthcare is drowning in administrative glut Marion Mass, M.D., wrote a piece  for The Philadelphia Inquirer headlined “A doctor’s perspective: Who stands for patients in the healthcare debate?” Among her observations:

“The result of this lobbying is a phenomenon that can be summed up in two words: administrative glut.

“The American people are the victims of a {healthcare} system so complex that even many practicing physicians have a hard time unraveling it. But they are certain that their patients’ needs are suffering. Your physician, the one delivering or caring for your children, the one who guides you through your twilight years, has little voice and less confidence in this establishment, mirroring the feelings of frustrated Americans

“Dozens of grassroots physician groups are working for real reform. We are aligned together and actively collaborating, to find real solutions to heal our sick system.  United, we have a stronger voice to advocate for our patients. We see your suffering. It’s personal for us, because medicine is personal. You learn that the first time you interview a patient and lay your hands on them for examination.

“We believe reducing administrative glut and creating more choices of coverage are the two main components to increase quality access to care and reduce cost for all. The Health Rosetta Principles, formulated as a collaborative effort among entrepreneurs and visionaries in the healthcare space, covers the basic tenants of our proposed changes. A  specific, patient-centric representative plan has been developed by  the Docs4Patient Care Foundation.”

To read her entire essay, please hit this link.

Reaction to ruling against an Aetna-Humana merger

U.S. District Judge John Bates has backed the Justice Department and blocked  Aetna’s proposed $37 billion takeover of Humana over antitrust concerns. Judge Bates ruled  that Medicare Advantage and traditional Medicare should not be considered the same market. Therefore, the deal would violate antitrust laws as Aetna and Humana would have an “unlawful” Medicare Advantage market share in 364 counties across 21 states and that the deal would be anticompetitive in 17 counties across 3 states.

Here are five reactions collected by Becker’s Hospital Review to the ruling.

1. American Medical Association President Andrew Gurman, M.D., called the “court’s ruling … a notable legal precedent by recognizing Medicare Advantage as a separate and distinct market that does not compete with traditional Medicare. This was a view advocated by the AMA, as well as leading economists. AMA also applauds the decision for protecting competition on the public exchanges.”

2. Matthew Cantor, partner at Constantine Cannon, said he thought whether Medicare Advantage and original Medicare should be considered the same market was never “a real significant dispute.” However, in Becker’s words, “he found it interesting Judge Bates gave little weight to Aetna’s argument that its exit from ACA exchanges in the 17 complaint counties was a business decision.”

Mr. Cantor said while as a matter of law the ruling will be hard to reverse, the “most important part now is how the Trump administration is going to react to this. I would think they would be receptive and listen to what the merging parties have to say, particularly if it scores them political points on the repeal and replacement of the ACA.”

3. Randal Schultz, a partner at Lathrop & Gage and chairman of the firm’s healthcare strategic business planning practice group, said the judge’s ruling was logical and an easy decision. He said should Aetna successfully appeals the deal and if the deal does go through, he hopes that the court makes insurers  “disclose financial information about the actual cost of care. By putting requirements on merged groups to release actual healthcare costs … it opens up a black box [and] people will know what it actually costs to insure a population.” Doing so would push more employers toward self-insuring their workers, he said.

Regarding the looming decision of Indianapolis-based Anthem’s proposed $54 billion acquisition of  Cigna, Mr. Schultz added, “I’ll be shocked if the other case doesn’t come down the same way.”

5. Aetna Chairman and CEO Mark Bertolini and Humana CEO Bruce Broussard said jointly:  “After putting forward a compelling case that addressed each of the Department of Justice concerns, we are disappointed with the court’s decision and will carefully consider all available options. We continue to believe a combined company will create access to higher-quality and more affordable care, and deliver a better overall experience for those we serve.” When Medscape reported on the nomination of Tom Price, M.D., to be secretary of health and human services, an internist commenting on the story wrote, “FINALLY.”

Many physicians expect that Congressman Tom Price, M.D., a former orthopedic surgeon and longtime promoter of the economic and other interests of physicians, will, in the words of Medscape,  “rescue them from the burdens of Medicare reporting programs, the swift transition to value-based payments, and doctors’ growing inability” to make more money.

American physicians are by far the highest paid in the world.

In fact, Dr. Price is probably in the best position to make these changes and may eventually succeed, says Joe Antos, PhD, a health-policy expert at the American Enterprise Institute, a conservative think tank. But he adds that making such changes would be very challenging and could well take years to accomplish.

As HHS secretary and a physician, Dr. Price could take “a more active role” in the Centers for Medicare & Medicaid Services (CMS), which reports to HHS and creates many of the policies that concern physicians,  Joe Antos, a health-policy analyst at the conservative American Enterprise Institute,  says.

“Previous HHS secretaries often didn’t have the experience to interpret the complexities of CMS policies and regulations,” Mr. Santos told Medscape. “Price is a clear exception.”

Patrice A. Harris, M.D., chairwoman of the American Medical Association (AMA), is a psychiatrist from Dr. Price’s home state of Georgia and has known him  for 15 years. “Dr Price has always been willing to listen and to hear both sides of an informed debate,” she told Medscape.

Several commentators have predicted that Dr. Price would stop CMS’s move toward value-based payments, which reward quality and outcomes, and return to fee-for-service payments, which comprise the most lucrative system for physicians.

To read the Medscape piece, please hit this link. 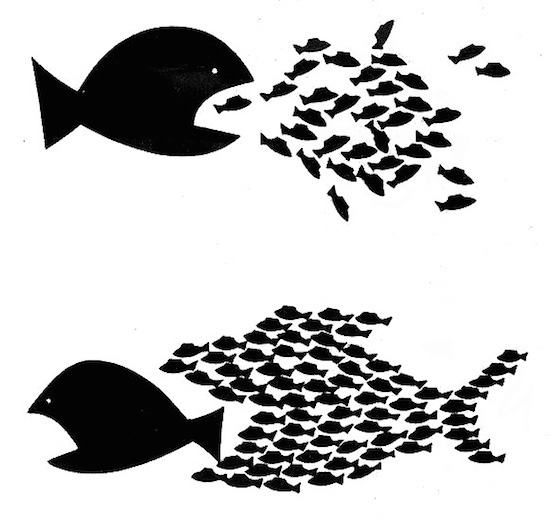 The president of the American Medical Association has denounced Anthem’s proposed $54 billion purchase of Cigna. The AMA is worried that the bargaining power of such a behemoth would cut into physicians’ pay.

“Competition and choice hang in balance as the court begins to weigh the impact of the proposed deal between Anthem and Cigna,” Andrew Gurman, M.D., said.  “The start of today’s court challenge {the Justice Department suit against the proposed merger} sends a clear message that federal and state regulators are no longer willing to accept the claim that a bigger health insurance company is a better one.”

Indianapolis-based Anthem and Bloomfield, Conn.-based Cigna have argued that their combined scale would, by giving  them more negotiating power over hospitals and physicians, lower prices for policyholders.

Dr. Gurman told MD Magazine that it’s cheaper for him to forgo the financial incentives of  the Feds’ Meaningful Use program than to use EHR.

“I just take the penalties,” he said.

To read about Dr. Gurman in MD Magazine, please hit this link. MedPage Today reports that the “American Medical Association wants physician work-life balance added to provider-experience measures for evaluating how well alternative payment models function” address what is seen as the growing  incidence of physician burnout under the stress of ever more complicated work, including vast quantities of red tape and record-keeping.
The new AMA policy, approved following the annual meeting of its House of Delegates, also changed  its support of the “Triple Aim” to  support of the “Quadruple Aim”. As originally conceived in the development of healthcare reform in recent years, the Triple Aim seeks to improve patient experience and the health of populations and to cut per-capita costs.

The Department of Veterans Affairs (VA) has formally proposed to let its advanced practice registered nurses (APRNs) work independently without physician supervision in its  healthcare network, the largest in the nation.

The VA said that expanding the APRN scope of practice in such a way would increase veterans’ access to care and shorten their notoriously long wait times for appointments.

Not surprisingly, the American Medical Association opposes the plan because it runs counter to physician-led, team-based care, which it called the best approach to improving quality.  Many physicians also worry that such change could reduce the influence and income of physicians.

This piece in Governing.com  discusses why some physicians don’t use electronic health records. One example is Michael Ciampi, M.D., a family practitioner in Portland, Maine, who says he doesn’t have anything against technology but says that  when he tried EHRs several years ago:

“{W}e found was a system that just wasn’t patient-centered.The primary function was to enhance billing, not to build a physician-patient relationship. Our productivity went down 25 percent.”

So he went back to paper, joining the  fifth of doctors don’t have an electronic health record system, commonly called an EHR, in their offices. But then,  only 34 percent of doctors surveyed by the American Medical Association said  that they liked their electronic systems.

A new challenge is that the federal financial incentive program to encourage clinicians to adopt EHRs will be phased out by the end of  this year.

And, as the Governing piece notes, “For a five-physician clinic, the initial cost to implement an EHR is around $162,000. Additional maintenance expenses in the first year can be around $85,000.”

Further, “rural physicians often have trouble getting IT support and access to high-speed broadband, which is necessary to run an EHR properly.”

Readers might enjoy the Rube Goldberg movie short Something for Nothing about the ambiguous charms of technology. Sometimes it’s technology for the sake of technology.